The Hanged Man, a card that fascinates and calls for many questions. Who is the Hanged Man? Is he being punished? Is he meditating? Both, actually. And more.

The Hanged Man is a very complex and subtle Tarot card. It carries two main messages and symbols. The first is depression. A time of complete immobilism and the impossibility to move on.

The second most common message of the Hanged Man is about a complete change of perception and vision of the world.

In any case, whether your spread speaks of enlightenment or depression, a difficult time is inevitable. Nothing will come easy. And nothing will come fast. Due to its inherent darkness, the Hanged Man is one of the few Tarot cards often considered more positive when reversed, especially in the original Marseille tradition.

Also see my blog post: “Card by Card: The Hanged Man” for even more details and meanings.

The Advice of the Hanged Man: you can not fast forward life. If you are frustrated with a situation that you cannot change, then you must change the way you look at it first.

The Warning of the Hanged Man: You are most likely making a wrong decision or a useless sacrifice. Change direction now.

The Hanged Man speaks of blockages, depression, burdens and dead weights. Things are not changing and it’s getting hard to breathe. The Hanged Man is originally inspired by a medieval punishment through which thieves and crooks were hanged in the middle of the town, for all to see, and be shamed for their crimes.* Therefore, the card speaks of just punishment (often inflicted by one self), of the impossibility and refusal to go on with one’s life. Depression is ruling over this card.

*the story of Odin learning to read Runes is a later addition to this card.

When drawn reversed – or read in a positive way upright – the Hanged Man’s heavy and difficult message becomes less negative. The card may then be speaking of a slow evolution. It’s all about subtlety and prudence. A secret love or a platonic relationship could also be revealed. It’s a card of secrets, dreams and contemplation.

Positive meaning: a secret love that is not yet fully spoken. A secret admirer or a friend who longs for more.

Negative meaning: the end of a relationship, a love that is not shared. Your partner may be hiding important secrets from you.

Positive meaning: Slow is good. Things are stable and safe. A slight but real improvement of your situation.

Positive meaning: success must be achieved one step at a time. Small, baby steps will get you there. Don’t rush, keep working, be meticulous and patient. You need to observe and learn from you environment.

Negative meaning: an insufferable situation. You cannot continue like this. Unemployment and lack of motivation.

Positive meaning: someone who does not care about the material world.  An idealist. Someone highly spiritual.

Negative meaning: a dark personality. Someone who is incapable of communicating with the outside world. A troubled mind.

Cards Association with the Major Arcana

THE HANGED MAN & THE MOON

A heavy association speaking of deep and difficult introspection. You may not fully understand your own emotions and their origins. At best the cards are telling you to take the time to analyze your feelings and have a better relationship with yourself. In a negative spread or if the Fool is nearby: a nervous breakdown.

We could be looking at a sincere penance. You are reconsidering how you have been acting so far and changing your ways accordingly. Healing of the soul. If the Hierophant is nearby: a spiritual shift. Redemption. In a negative spread: a long lasting blockage or depression.

A long an difficult wait will lead to a favourable resolution. All is not as dark as it seems. You will overcome your inner fears and blockages.

If the Star is nearby: you have been tested and your tenacity and wisdom will be rewarded. The universe is watching over you. Trust in yourself.

Cards Association with the Minor Suits

The inability to make decisions. With the Ace of Wands: a trap in your professional environment. With the 4 of Wands: a frustrating delay that could reveal itself beneficial for your career.

A difficult relationship is taking all your energy. Frustration and miscommunication are exhausting. With the 3 of Cups: after some time apart, a relationship will bloom again. 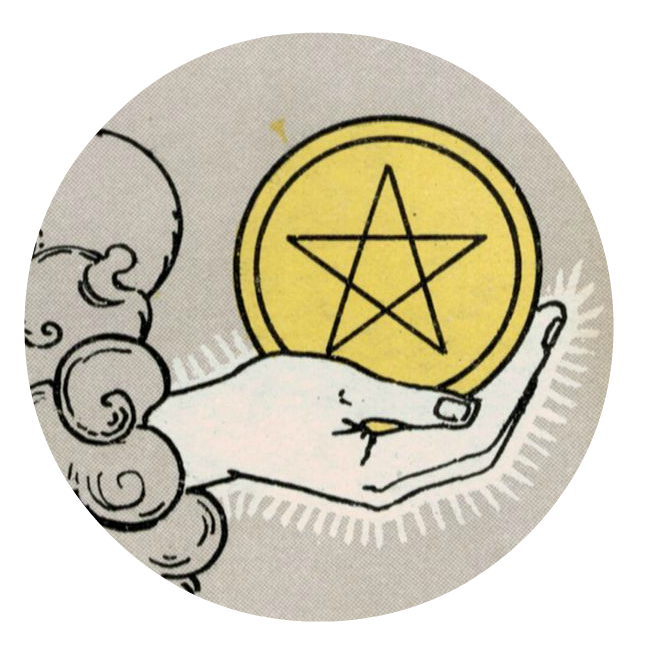 The Hanged Man does not mix well with Coins and often speaks of theft and loss. Bad news and hopes that don’t come true. With the 5 of Coins: theft. With the Page of Coins: a liar. Someone using your money without your consent or knowledge.

This rarely is an easy association, although the Swords can sometimes free the Hanged Man. Disgrace, lost causes, accidents, treasons. With the 10 of Swords: a very serious danger. With the Knight of Swords: a mighty opponent.

BACK TO ALL CARD MEANINGS
PREVIOUS CARD: STRENGTH
NEXT CARD: DEATH

join us for inspiration & special offers

This website uses cookies to improve your experience while you navigate through the website. Out of these, the cookies that are categorized as necessary are stored on your browser as they are essential for the working of basic functionalities of the website. We also use third-party cookies that help us analyze and understand how you use this website. These cookies will be stored in your browser only with your consent. You also have the option to opt-out of these cookies. But opting out of some of these cookies may affect your browsing experience.
Necessary Always Enabled

Any cookies that may not be particularly necessary for the website to function and is used specifically to collect user personal data via analytics, ads, other embedded contents are termed as non-necessary cookies. It is mandatory to procure user consent prior to running these cookies on your website.